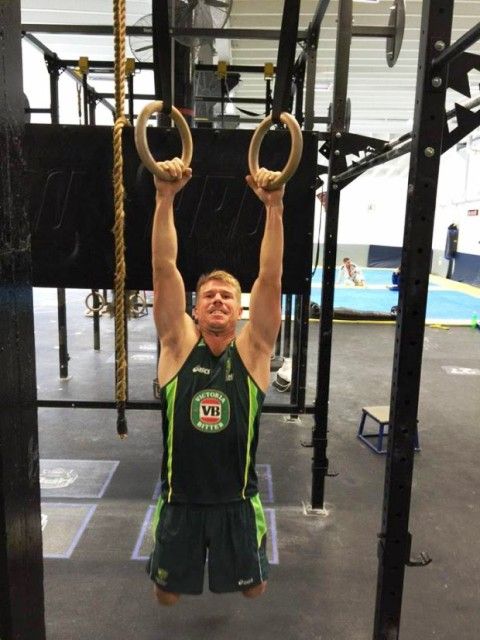 David Warner, the handsome vice-captain of Australian cricket team, has kept himself incredibly fit and his cricket game strong. This year, Warner was awarded Player of the year and the elusive AB Medal at the 2017 Allan Border Awards. He was ranked number 5 on the list of top 10 Test batsmen in the world according to the official ICC player rankings that were published in 2015. Some of Warner’s most charming moves are his left-handed batting style, ability to switch and hit, using the back of his bat or by taking a right-handed stance.

Every famous and successful sportsperson has the hand of their mentor behind them to guide them through life, and Wayne Geber has been a mentor and support to David since he was a kind of 7 years of age. David has always been interested in sports ever since he was a little boy and he was a good athlete. Geber helped him polish his skills, and he trained him over the years to become a great sportsman.

His coach helped trained him to come back stronger and better was suspended from the team. David would get up early at 5 am every day for his exercise and training. His workout regime was unconventional and tough. It consisted of – plyometrics, weight lifting exercises, boxing and hill sprints. 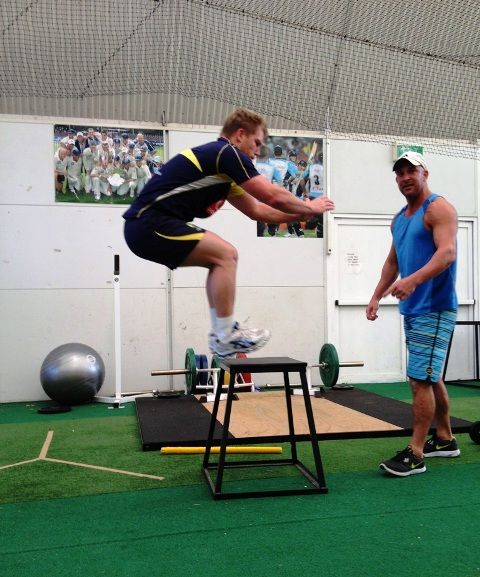 Hill sprints are difficult to carry out as an everyday training exercise. It takes a lot of stamina and perseverance but all the more, it makes the leg muscles strong and increases the capacity of running which is the most crucial aspect for a batsman to help in winning the match for his team. As a result of his training, Warner lost 9 kgs of fat and gained 3 kgs of good muscle at the time when he was back in the game. He was committed to his training, and that was completely shown through his wonderful body transformation. He worked out every day in the morning and the afternoon. Waking up at 5 am every day was surely challenging but Warner stayed completely focused and dedicated.

During his crucial training period, Warner was on a high protein and low carb diet which was necessary for the kind of workout he was doing. He had to lose some pounds and gain muscle fitness. He completely cut out and junk and fatty food and included more green vegetables and fruits in his diet. He would have a protein shake before his workout and see that his body stays hydrated at all times of the day.