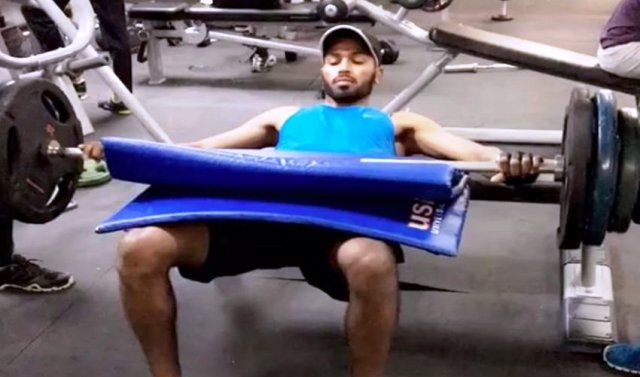 Hardik Pandya has worked hard to make his way up to the Indian Cricket team. He did not have much when he started. His family had financial issues, and they could not provide him with a rich diet. On some days of his training, Hardik survived solely on Maggi as he was living alone and did not have much money or time. But he struggled through his challenges to become a great cricketer and then he had all the resources to eat well and build a lean muscular body.

Pandya has shared in a lot of his interviews that one of his inspirations is the captain itself, Virat Kohli. He says, “Virat is far ahead of us in fitness and awareness. He sets the tone for younger players. I see him and observe a lot of his patterns. He never misses any of his training schedule, his gym sessions. He has shown us the value of eating on time, training on time and, most importantly, sleeping on time.” And well, that is the image a captain should create.

While he was young, Hardik never had the luxury of eating very rich and healthy food. He was a simple man who ate simple homemade food. It was after he became the part of the Indian cricket team when he realized what he should and should not eat to gain muscle and strength.

His eating requirements were different than the other players, especially the batsmen since he is a three format player. There is no restriction on Hardik’s food intake, but he chooses to eat healthily. He has however increased his protein intake to help him build a fit muscular body. Most of the time he is out playing with the team, and the team gets a nice three-course meal every day during their matches. The players feed on a variety of salads, juices, a variety of beverages, lavish Indian cuisine lunch and dinner, low fat but amazing desserts and what not! Hardik’s fitness advice for you is simple, Work, Eat and Sleep, all on time.