Malaika Arora khan was born on October 23, 1973 in Mumbai, Maharashtra. Malaika is a well known Bollywood actress, VJ, and model best known for her cameo roles and chartbusting item songs. Malaika is married to actor, director Arbaaz Khan and considered as a very powerful woman in Bollywood. Malaika started her career as a VJ for MTV India and become famous for her bold and beautiful looks. In 1998 she did an item song “Chaiyya Chaiyya” with Shahrukh Khan in Mani Ratnam’s “Dil Se”. The song was immensely popular and Malaika became the first choice in Bollywood to do item numbers. She went on to do some short roles and some top-of-the-charts item songs in many films. She has also appeared in many dance based television shows as a judge. Presently she is on the judge’s panel of “India’s Got Talent”.

Malaika is vastly famous for her bold looks and well toned sexy and curvaceous figure. At 40, and mother of a cute boy, she looks as fit as a 20 year old actress. The sexy actress works hard to maintain her fitness and follows a balanced diet along with regular workout routine to stay fit. Let’s check out Malaika Arora’s workout routine and diet plan.

She follows a diet of moderation and eats everything in moderate amounts. She follows a five meal plan with nutrient rich foods. Below is Malaika Arora’s diet plan- 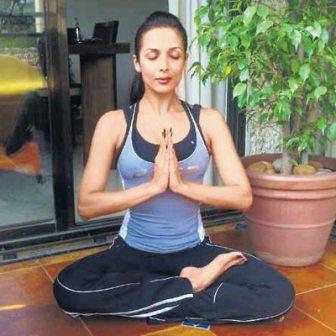 She doesn’t get much time to go to a gym but she tries to train at least three times a week for an hour and a half to maintain her enviable curves. Malaika Arora workout regime involves-