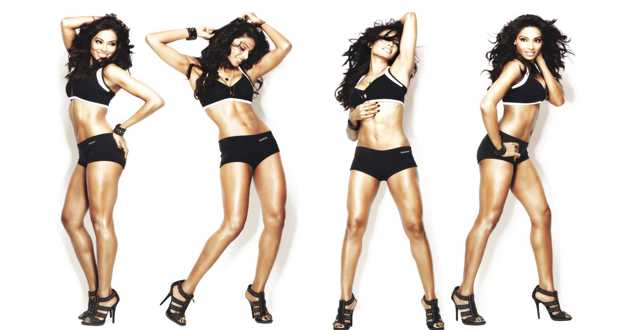 Born on January 7, 1979 in New Delhi Bipasha Basu is a leading Bollywood actress and former mode. Bipasha started her career as a model when she was spotted by Meher jesia Rampal who motivated her to take up modeling. At 17, Bipasha won the Ford Models Supermodel of the World contest and began modeling for Ford. She made her Bollywood debut in the year 2001 with “Ajnabee” opposite Akshay Kumar in a negative role. Movie was a hit and her performance was well appreciated by critics. She won her first Filmfare Award for Best Female Debut for the movie. Bipasha went on to star in many successful blockbuster films and has done some very popular groovy item songs.

Fondly known as Bips by friends and media Bipasha is the epitome of fitness in Bollywood. She is one of the fittest actresses in film industry with striking Bengali looks and well sculpted hourglass figure. Bipasha works very hard to stay fit and in perfect shape. She leads a disciplined life and follows strict diet and workout regimen to stay healthy and fit. She has also released two popular fitness DVD’s and going to release third pretty soon. So let’s have look at Bipasha Basu’s workout routine and diet plan.

She was not always conscious about what she eats and was called fatty in early years but after realizing the importance of a fit and shapely body she changed her diet and workout plans. She now follows a disciplined and simple five meals a day diet plan to stay energized and healthy. Bipasha Basu’s diet plan includes- 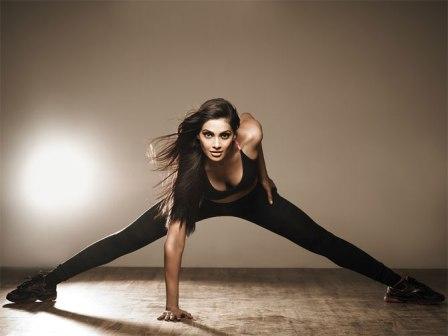 Now fitter then ever Bipasha follows a strict workout regime and never misses it even for a day. Bipasha Basu’s workout routine includes-