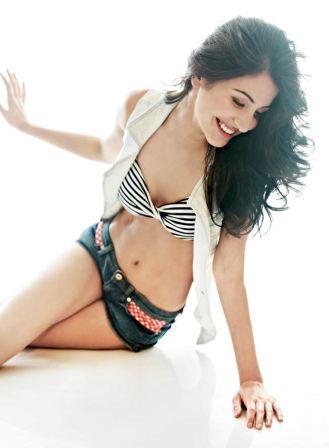 Born in the holy city of Ayodhya, Uttar Pradesh on May 1, 1988 Anushka Sharma is a former model and a well established Bollywood actress. She began her career as a model and walked the ramp for famous designer Wendell Rodricks. In 2008 Anushka was signed by Yash Raj Films for a three-film contract and got her first silver screen break with “Rab Ne Bana Di Jodi” alongside superstar Shahrukh Khan. Movie was a blockbuster hit and Anushka got appreciation from critics for her performance. She went on to appear in many successful films and won the Filmfare Award for Best Supporting Actress in 2012 for her role in “Jab Tak Hai Jaan”. Anushka is counted among the most promising actresses of recent times.

Anushka is known for her acting as well as her beauty and enviable figure. The tall beauty has gorgeous charming looks and a sexy body. So how does she manage to look so good always? Proper diet and regular workouts help her in maintaining her svelte figure. So let’s have a look at Anushka Sharma’s workout routine and diet plan.

She follows a simple diet comprising of 5 small meals a day. She prefers eating home cooked food over processed food and drinks around 3 liters of water every day. Anushka Sharma’s diet plan includes- 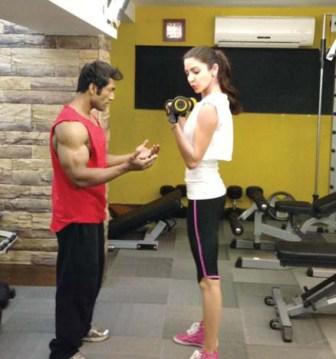 She is not much of a gym going person and she hate to train in gym. But she manages to train for 4 days a week to stay fit. Anushka Sharma workout routine involves-