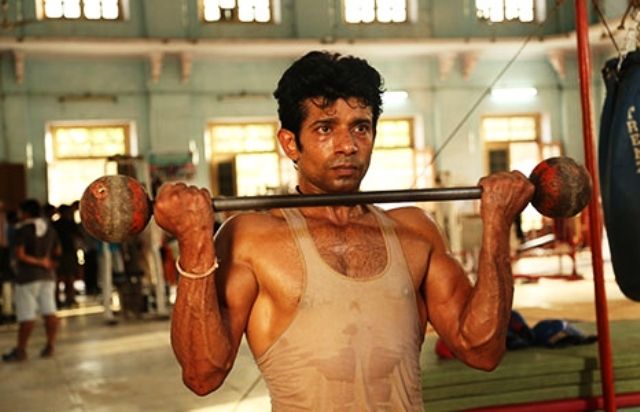 Vineet Kumar Singh has certainly got his big break with Anurag Kashyap’s upcoming movie, Mukkabaaz (2017). He has worked extremely hard, day and night for a whole year just to prepare for this film and to justify his role in the film as a boxer. It was not easy. It took every ounce of energy he had in his body and extreme discipline and determination. But for Vineet, it was not as difficult as 18 years of struggle in the industry for a good role. It was just the physical pain for him, and he had no problem in preparing for it as it was necessary for the film. He was more happy than troubled. It’s no pain no gain for Vineet! He gave his hundred percent, and the results are showing.

Anurag Kashyap is one of the greatest directors in Bollywood and known for portraying a different kind of cinema for his audience. He says this film is one of his finest pieces of work, but it is ironical that there are more sports films than actual medals in our country and it is time we start valuing our hard working sportspersons.

The movie is about a passionate boxer from Uttar Pradesh who fights various hurdles in his journey and follows his dream. The film will premiere at the Toronto International Film Festival this year. This is Anurag Kashyap’s third film to premiere in the TIFF after Gangs of Wasseypur and The Girl in Yellow Boots, both being masterpieces and the same is expected from ‘Mukkabaaz.’

As Vineet is playing a boxer in the film, Mukkabaaz, he had to eat and train exactly like a boxer. It took a long time to establish his place in the film. He reveals, “It took me almost three years to transform myself. I packed everything I had sold all my valuables and left for Punjab for training and stayed for about a year.”

He stayed in a village for that one whole year to prepare for his role. He got trained in the rough desi style. He hurt himself a lot of times during the process and also injured himself. He even broke his ribs one time, but he recovered from it soon. He did not give up at any point and overcame all obstacles that were thrown his way.

He shares, “The punches that were delivered were so fast that you just had no time to react. Suddenly you realize some wetness on your body and something slightly painful and wonder what it is. Upon glancing towards it, you realize it is in fact blood. This used to happen often, and I got used to it.” 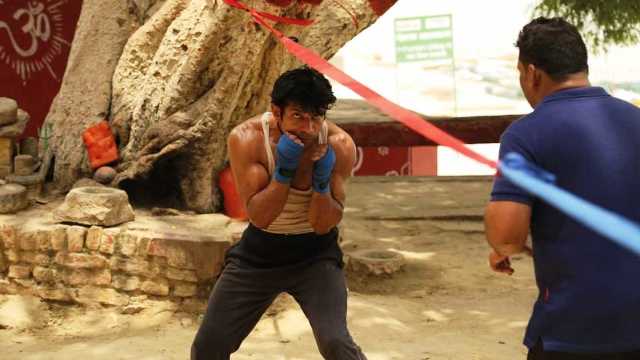 As Anurag is known for his element of realism in his movies, he encouraged Vineet to keep going. He scolded him at times saying, “Vineet, if you don’t work hard enough to become an actual boxer, I will not make Mukkabaaz.’ And these words used to play in Vineet’s head repeatedly. They gave him motivation.

Vineet said, “I finally feel that now everything is in my hands for once and I do not want to miss out on this opportunity for anything.”

Now Vineet feels so strong and is not afraid to face any boxer anywhere. That’s the kind of training he had to undergo for the film, becoming a real boxer before portraying it on screen.

For a 36-year-old he has done a really good job as a boxer in the film.

Moreover, Vineet has always been into sports since he was a kid. He was actually a national level basketball player and has played about six national games back to back. Even in college he did not stop playing and made some good friends due to basketball.

This is Vineet’s fourth film with Anurag. He has acted in Gangs of Wasseypur, Bombay Talkies, and Ugly before this. But, it is during Mukkabaaz that Vineet has gained real fame.

The story is going to be interesting indeed. A boxer from Uttar Pradesh who falls in love with a girl of a different caste and fights corruption to make his career crossing many more hurdles in the way, it has all the drama and action. The interesting part is that Vineet has written the script for this movie himself, not many people know that. A lot of directors loved it, but they were not ready to cast him in the main role. So he waited until Anurag Kashyap came along and the film is gaining a lot of appreciation and will most likely be a success.

So, hard work always pays off.