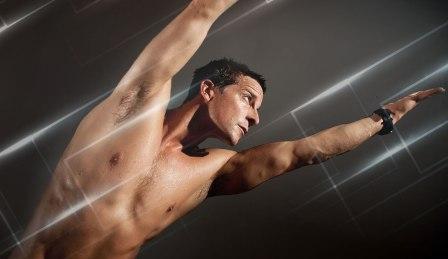 Edward Michael Grylls better known as Bear Grylls was born on June 7, 1974 in United Kingdom. He is a famous adventurer and television presenter popularly known for his television show “Man vs. Wild” where he displays his skills to survive in the most extreme conditions. Bear learned sailing and climbing at an early age and become a cub scout at eight. He earned a black belt in karate during his teen years and also learned sky diving. He accomplished his childhood dream of climbing the Mount Everest in 1998. Grylls served in the Territorial Army for three years till 1997 and was awarded the rank of Lieutenant Commander in Royal Naval Reserve in 2004. In 2009 Bear was appointed as the Chief Scout. He was the youngest to achieve the honor.

Popularly known as Born Survivor, Bear Grylls keeps surprising everyone with his acute survival skills and his up to the mark fitness in “Man vs. Wild”. Bear is a fitness enthusiast and loves to stay in top shape. So let’s find out the secret behind the fitness of the ultimate survivor Bear Grylls. Here is Bear Grylls workout routine and diet plan.

He doesn’t like diet plans and doesn’t follow any. He believes in eating healthy and always tries to eat healthy. We couldn’t get his full diet routine but here’s what we’ve got-

He survived a deadly accident during his SAS training when his parachute failed to inflate. He broke three vertebrae in accident and went through hours of physiotherapy and stretching exercises to get back in shape. Doctors credit his fitness for his fast recovery. Grylls work out for 40 minutes six days a week. He considers exercising as a part of his work as it helps him come out of many tough situations with agility. Bear Grylls workout routine includes-