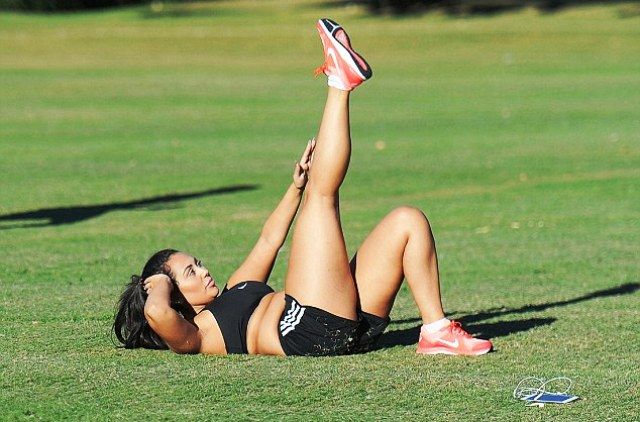 Sophie Kasaei’s weight loss journey has been amazing and inspiring. It all started with an Ibiza Body Camp and Sophie hasn’t looked back since then. She was really tired of being referred to as the fat girl from ‘Geordie Shore’ TV series. She finally put an end to all the body shaming.

She is extremely candid in her interviews. She shared, “I’ve been the fat girl out of Geordie Shore for so long. There was a point where I could not even see my lower body in the shower as my stomach was covering it.”

She spoke about her insecurities too, “A real turning point for me was when me and my ex-boyfriend Joel Corry were on a beach in Barcelona and the pictures came out on my birthday, 8th November and I couldn’t help but burst out crying as the comments were so disgusting. The comments said things like he’s so ripped, he loves the gym and I was the fat girl next to him. People continued saying, ‘No wonder he’s so muscly if he’s got to lift her every day, why is he even with her? I felt completely thrashed.”

She went through intensive training at her camp in Ibiza. She did swimming and yoga along with her exercise. But what was most effective was her full body circuit training. 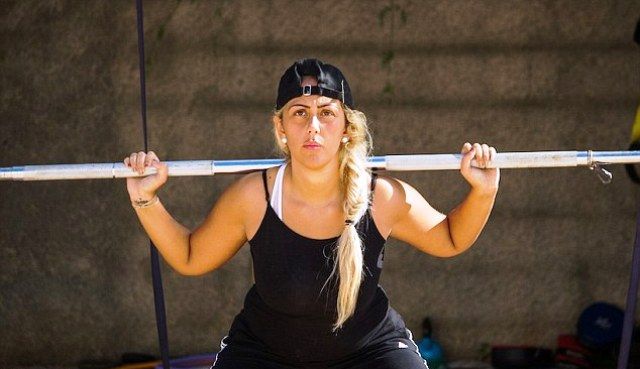 Her exercises were divided as follows –

The complete circuit training is supposed to be repeated 3-5 times till you sweat it all out.

It all started for her when Sophie adopted this regime religiously. She never backed down and worked as hard as she could. She has started feeling really good about her body and she just loves it! After this, for her, there was no looking back. She went on to lose 10 pounds in 5 days during the camp and 27 pounds thereafter. People were amazed at how fast she had transformed herself. She has a gorgeous bikini body now. Sophie has been body shamed in her beachwear too many times and this is a slap on her haters’ faces. 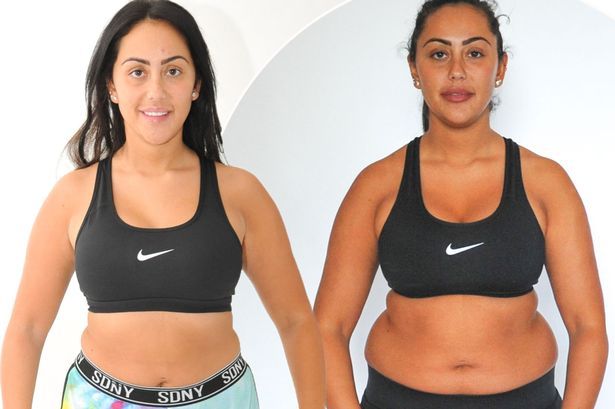 Sophie admits that changing her diet has been life-altering for her. Eating healthy makes your body automatically feel good and fitter from the inside. But it was not always this way as her diet had been really unhealthy during her days of Geordie Shore.

She used to eat really heavy and greasy breakfast which included bacon, sausages, eggs, yoghurt and what not. Before leaving for work she would grab on pizza left over from the previous night. Then on set she would gulp sandwiches filled with noodles along with the chocolate chip cookies while running here and there. For dinner, she would have cheesy gravy and creamy pies. Not to forget kababs and chips along with as much as 20 shots of vodka.

Now you can imagine the secret behind her fat. But now Sophie has switched to a completely healthy diet. She takes proper breakfast without haste. She eats lots of fruits and vegetables for lunch and dinner. Natural food is very important for the body. She even gained more hair after she switched to a healthier diet. Her skin regained its glow and her body feels good.

She said, “Earlier, living a diet full of bad foods put me at so many health risks. I decided to make a change and adding training and healthy foods into my life and this has now gifted me with the body I thought I would never have!”

Food is just as important as anything in your life. When you start eating well, you notice that you automatically feel happier than before.