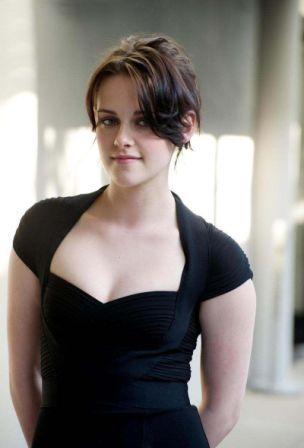 Kristen Jaymes Stewart aka Kristen Stewart was born in Los Angeles, California on April 9, 1990. Kristen is a popular Hollywood actress mostly known for portraying the role of Bella Swan in super hit movie series “The Twilight Saga”. Kristen began her onscreen career at the age of 10 when she was cast in a nonspeaking role in Disney’s “The Thirteenth Year” she went on to star in some big films like “Panic Room” and “Cold Creek Manor” as a child actor. In 2008 she was cast in the movie “Twilight” as Bella Swan which established her as a star. She starred in all installments of “The Twilight Saga” series and became one of the top earning actresses in Hollywood. She has won plenty of awards for her acting.

Kristen Stewart is one of the most beautiful actresses in Hollywood. She has a naturally lean figure with gorgeous looks. Kristen has not been much of gym lover and says she didn’t exercise as she is blessed with a slender frame. She started going to gym when she was cast in “Snow White and the Huntsman”. So let’s find out Kristen Stewart’s workout routine and diet plan.

She is a foodie girl and loves eating. She doesn’t follow any special diet and believes in eating lighter foods to stay in shape. Her diet focuses on high protein and low calories. Kristen Stewart diet plan includes-

She hates going to gym at stepped in a gym only after she was required to train for “Snow White and the Huntsman”. She learned the benefits of workout and now she trains for four days a week. Kristen Stewart’s workout routine includes-