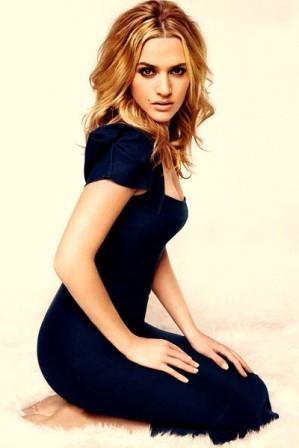 Born on October 5, 1975 in Reading, Berkshire Kate Elizabeth Winslet aka Kate Winslet is a top British actress. Kate is one of the finest actresses in Hollywood best known for her most successful film “Titanic”. Kate always wanted to be an actress and joined a drama school at 11. She has won numerous awards and was the youngest to be nominated six times for Academy Awards which she finally won in 2008 for her role in “The Reader”. Kate debuted in film industry with “Heavenly Creatures” in 1994 and received many accolades for her acting. She has done many hit films throughout her career and established herself in the top league with the success of “Titanic” which is the highest grossing movie till date coming only after “Avatar”.

Kate Winslet is one of the most beautiful actresses in Hollywood. She is hugely popular for her striking good looks and her bold curvy figure. Kate has always struggled with weight issues but she strongly supports following a healthy lifestyle rather than going on crash diets. At 38, the mother of three looks more beautiful and fitter than ever. So let’s check out the Kate Winslet workout routine and diet plan.

She doesn’t believe in crash dieting or starving to get a leaner body. Kate Winslet diet plan includes- 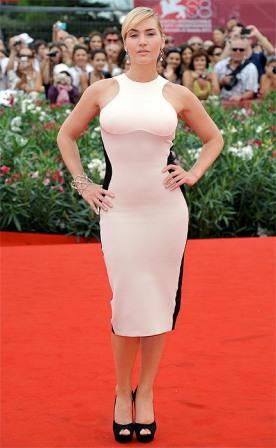 She is one of the few actresses who don’t go to gym to exercise. Kate does not have any personal trainer she just loves working out at home with the help of DVD’s. Kate Winslet workout routine is very simple and short.