Born on September 26, 1914 Jack Lalanne was an American fitness guru and nutritional expert. Jack Lalanne is often called as “The godfather of fitness” and “first fitness superhero” for his outstanding work towards the fitness industry.  His fitness television show “The Jack Lalanne Show” was on television for 34 years and was the longest running television fitness program of all time. He was the first to open a fitness gym in America and invented many fitness equipments to make exercising easy. 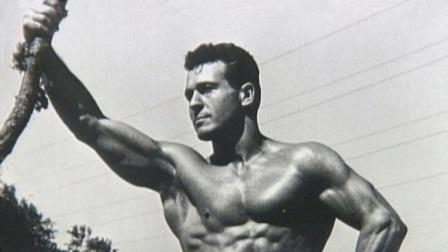 Jack dedicated his life to fitness and set many world records in the field of fitness including the world record of doing over 1000 pushups in 23 minutes at the age of 42. Jack always motivated people to take their fitness seriously and exercise to stay fit. He lost his life on January 23, 2011 at the age of 96 due to pneumonia. So let’s have a look at the fitness mantra of the first fitness guru of America, Jack Lalanne. Here is Jack Lalanne’s workout routine and diet plan.

Jack was very strict towards his diet and used to have just two heavy meals in a day. His diet philosophy was that –“If man makes it, don’t eat it”. He was always i n favor of eating raw rather than eating cooked food. His diet included plenty of fruits and vegetables. He stayed away from meat and only ate fish. Lalanne’s two meal diet included- 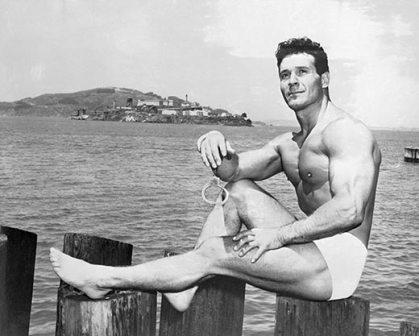 Jack Lalanne never missed a workout and used to work out every day for more than two hours. His typical workout regime includes: 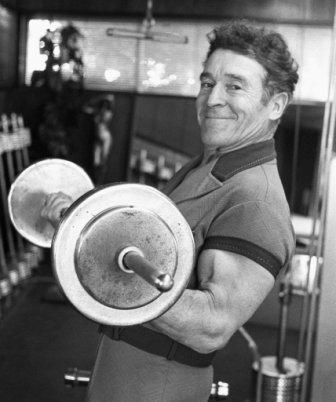