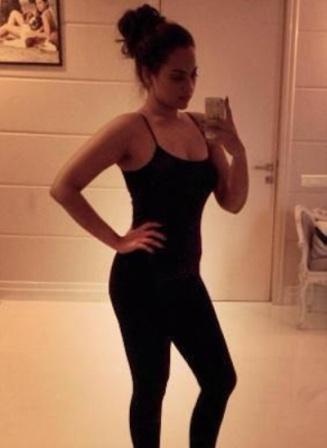 Born in Patna, Bihar on June 2, 1987 Sonakshi Sinha is a well known Bollywood actress. Daughter of superstar Shatrughan Sinha Sonakshi made her debut in Bollywood with Salman Khan Starrer blockbuster film “Dabangg” in 2010. Her performance garnered positive reviews from critics and she won the Filmfare Award for Best Female Debut for the film. She went on to star in some of the biggest hits of Bollywood. She is one of the fastest emerging stars and established herself with a series of hit films.

Sonakshi was a heavy girl and used to weight 90 Kgs and when she was signed for “Dabangg” she was asked to lose some weight. She worked hard and lost 30kgs for her role. Now she is fitter then ever and looks ravishing with beautiful looks and sexy curvaceous figure. Her fitness regime is an inspiration for anyone who wants to lose weight. Let’s check out Sonakshi Sinha workout routine and diet plan.

Diet played an important role in weight loss for Sonakshi. She gave up all the junk food and high carb high sugar foods. She started eating healthy meals to shed the extra kilos. She followed a low carb, high protein diet and still follows it.  Sonakshi Sinha’s diet plan consisted of- 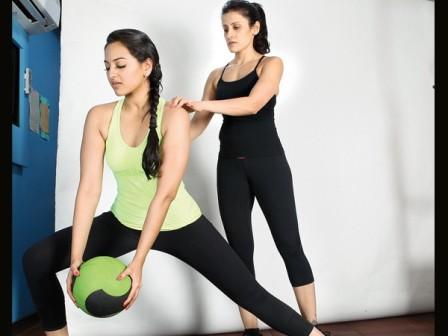 Her journey from flab to fab was not an easy one. She ditched all her favorite food, followed an intense workout session twice a day for two hours daily to achieve the level of fitness she now has. But she was determined to lose the extra weight and to be fit. Now she trains for one and half hour 4 times a week to stay toned. Sonakshi Sinha workout routine includes-