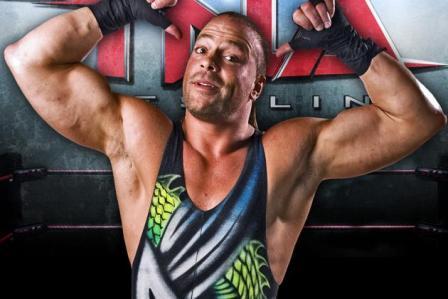 Robert Alex Szatkowski aka Rob Van Dam (RVD) was born in Battle Creek, Michigan on December 18, 1970. Rob is an American professional wrestler presently signed to WWE. Rob is one of the most popular wrestlers in WWE. He has won a total of 21 championships and is the only wrestler to have won the ECW World Championship, WWE Championship and TNA World Heavyweight Championship titles simultaneously. Rob was ranked by Pro Wrestling Illustrated as Number One Wrestler in the World in 2002. He was also voted as the Most Popular Wrestler in 2001 and 2002 by the readers of Pro Wrestling Illustrated. Apart from being in top form in the ring Rob has also appeared in several Television shows and movies.

At 43 Rob is as healthy and agile as he was when he joined WWE (then WWF). He follows a disciplined lifestyle comprising of strict diet and exhaustive workout sessions. So what exercise does he follow to stay so agile and fit? Let’s check out Rob Van Dam workout routine and diet plan.

He does not follow any strict diet plan. Although he makes sure that he takes proper amount of calories, protein etc. 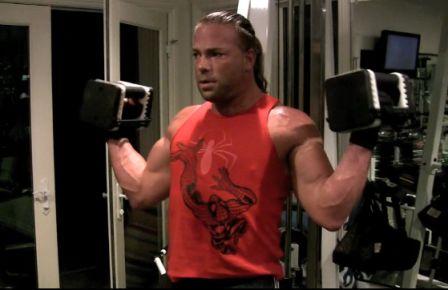 Rob trains for an hour and half four days a week. He keeps changing his routine to keep it interesting. Detailed workout regimen of Rob Van Dam is hard to find but here are the bits we found out about his weekly fitness routine-